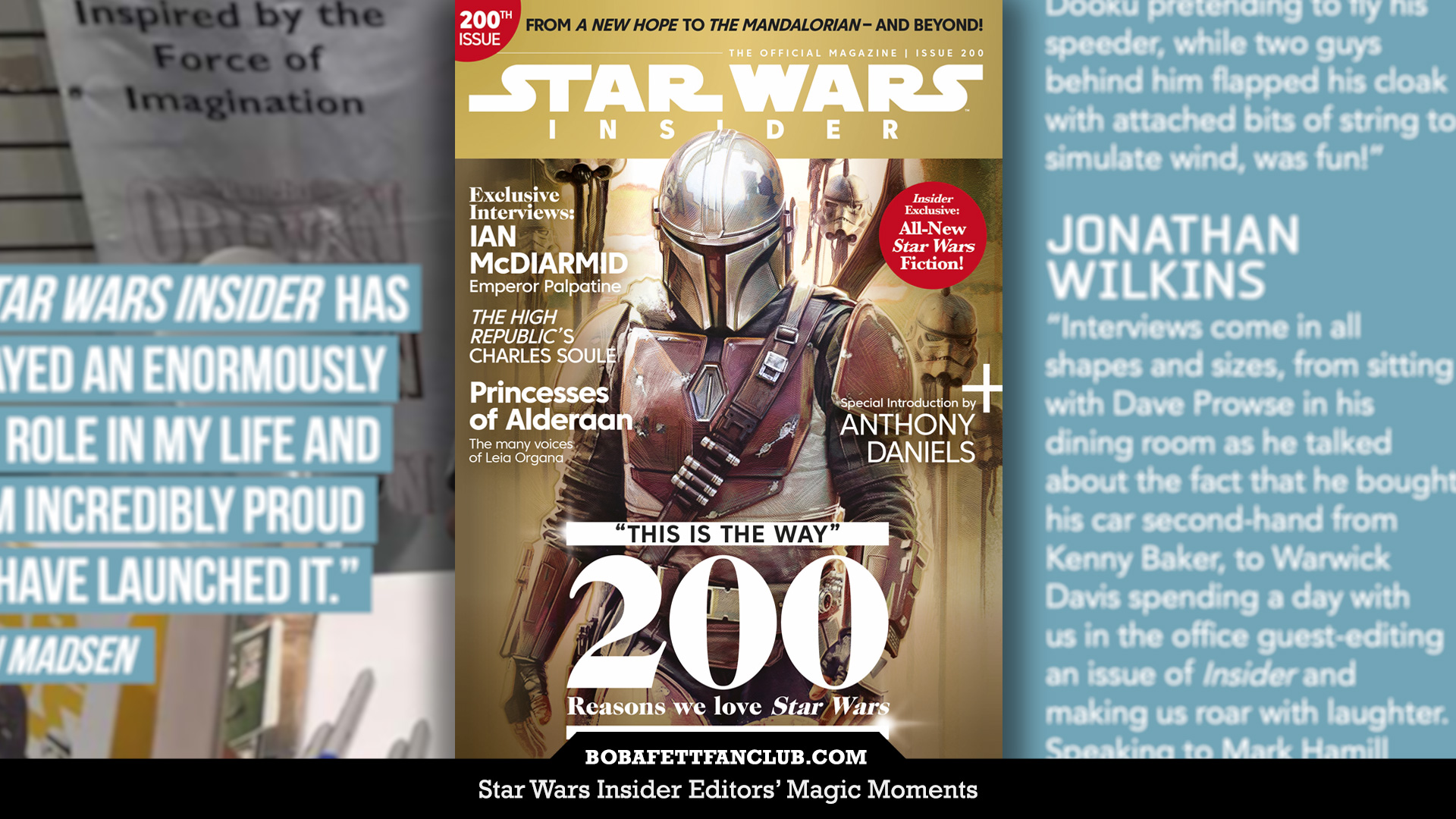 The Star Wars Insider began in 1987 with 22 issues under the name The Lucasfilm Fan Club Magazine. The name was changed to Star Wars Insider in the fall of 1994. From issue #93 onward, its home has been at Titan Publishing.

In a BFFC exclusive excerpt courtesy of the publisher, here are Star Wars Insider editors past and present recalling their personal highlights from their time:

Dan Madsen: “Rick McCallum invited me to Skywalker Ranch to see some of the early work they were doing for The Phantom Menace—storyboards, art, maquettes, models of ships, and the like—so I had a good idea of the kinds of things I would be seeing when I visited the set a year later. When we were finally able to get on set and actually see what George Lucas was working on, that was an amazing milestone for me.”

Scott Chernoff: “Don Bies let me operate the remote control R2-D2 on the set of Attack of the Clones in Australia, and I promptly crashed it into a wall. In my defense, this was one of the most complicated remote controls I’d ever seen.”

Brian J. Robb: “Seeing George Lucas directing Star Wars on set was something few people not directly involved in making the movies ever got to experience. Watching Christopher Lee as Count Dooku pretending to fly his speeder, while two guys behind him flapped his cloak with attached bits of string to simulate wind, was fun!”

Jonathan Wilkins: “Interviews come in all shapes and sizes, from sitting with Dave Prowse in his dining room as he talked about the fact that he bought his car second-hand from Kenny Baker, to Warwick Davis spending a day with us in the office guest-editing an issue of Insider and making us roar with laughter. Speaking to Mark Hamill will always be my favorite memory. I was nervous, but within minutes it was just like speaking with a very enthusiastic older brother.” 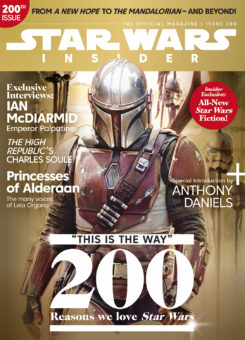 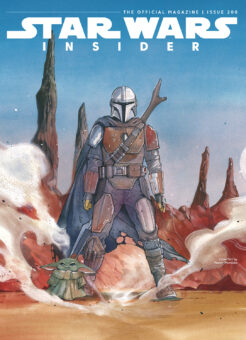 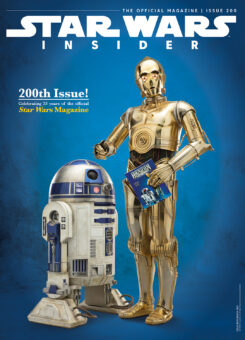 Star Wars Insider #200 is now on sale at newsstands, comic shops, and digital devices, plus you can order it online below:

You can also get an 8-issue subscription for 40% off the newsstand price on Titan’s site.

This is one of several posts on a blog tour coordinated by Titan. 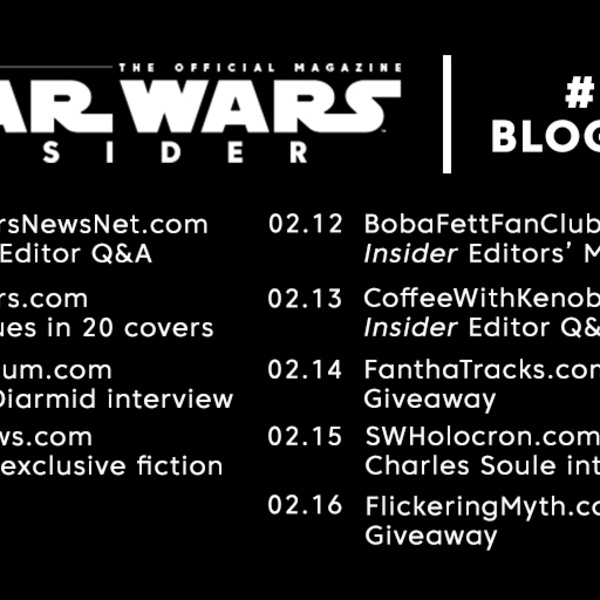