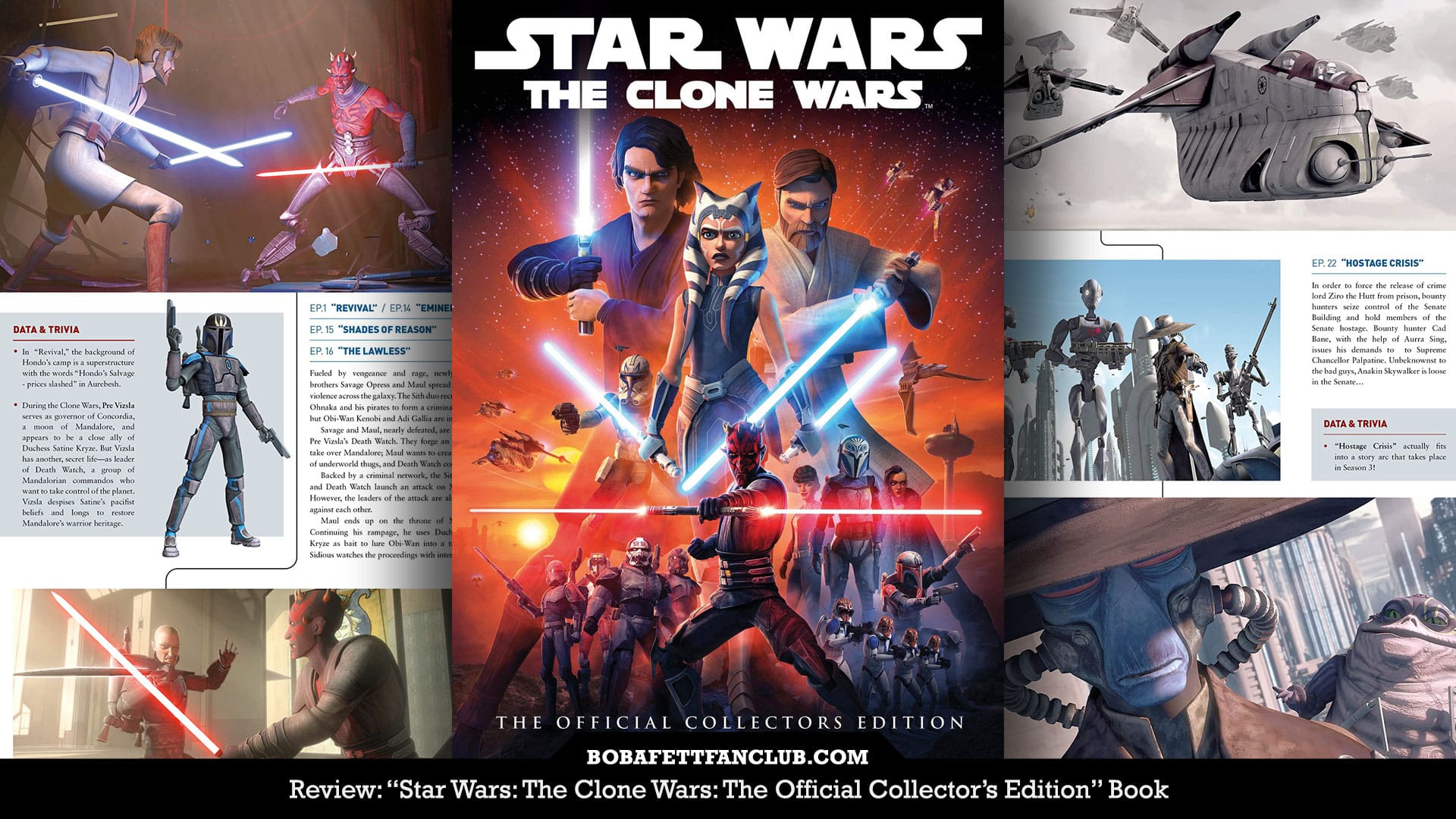 Published April 5, 2022 • Written by Chelsey B. Coombs • Categorized in Collectibles

“Star Wars: The Clone Wars: The Official Collector’s Edition” is a new bookazine from Titan, the publisher of Star Wars Insider, that features character profiles, an episode guide, as well as interviews with the animated series’ creative team, including Star Wars creator George Lucas and supervising director Dave Filoni.

The hardcover book is available to pre-order now for delivery on April 5, 2022.

The majority of the hardcover, 144-page book is a guide to all 133 episodes from the show’s seven seasons, with summaries divided by story arc. As an example, the summaries for season two, episodes 20 through 22 – in which a young Boba Fett poses as a clone cadet named Lucky on a Jedi cruiser – are combined into one, making for a better reading experience.

While those summaries are exactly what you would expect from an episode guide, each is also accompanied by a “Data & Trivia” section. One of the pieces of trivia accompanying the young Boba Fett arc is about the Wilhelm scream a clone lets out when he is sucked into space after the cruiser’s hull is breached. That infamous scream is an effect from the 1930s that “sound designer Ben Burtt has used in every Star Wars film up to 2005.”

While Boba Fett doesn’t make many Clone Wars appearances, there are bits of Fett trivia sprinkled throughout the episode guide. The book follows the new convention of calling Slave I “Boba Fett’s starship,” saying the Firespray-class ship got a makeover sometime between the season two finale when it was shown with Jango Fett’s paint scheme to episode nine of the fifth season when it is shown with the Empire Strikes Back color scheme pirate Hondo Ohnaka preferred. 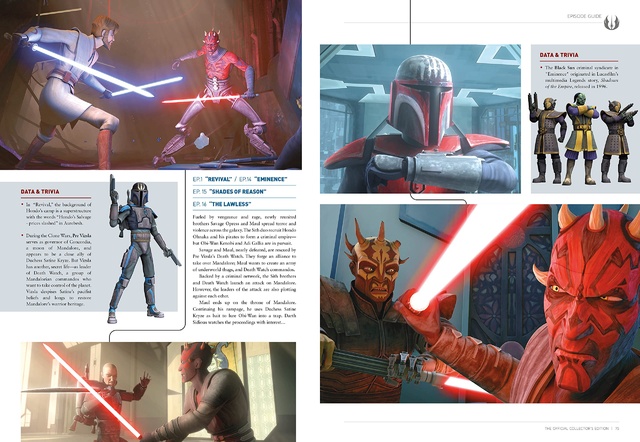 A big highlight of the book is the beautiful visuals throughout. I love the cover design and its focus on season seven characters like the Bad Batch, Ahsoka’s 332nd clone troopers and Trace and Rafa Martez. There are colorful stills from the series, as well as concept art and a look at the clay maquettes made to transform the 2D characters into 3D (although I probably could have gone without seeing the giant maquette of Mama the Hutt). I really enjoyed seeing some of Filoni’s concept art, especially his drawings of Mandalorian Bo-Katan Kryze and the bounty hunter Embo, who the director also voices.

The best part of the book is, hands down, the behind-the-scenes interviews with Lucas, Filoni and other Clone Wars creatives such as character design and maquette sculptor Darren Marshall, CG lighting and effects supervisor Joel Aron and animation consultant Rob Coleman. You get a sense of the camaraderie the team had, their passion for Star Wars and the lengths they went to, to make a series that would make Lucas proud.

“The foundation of it all definitely was George Lucas and his belief in us as a group, and his willingness to teach us and guide us and let us make Star Wars, with him and then for him in the later years of Clone Wars,” Filoni said in one of the book’s interviews. “I think that, for him, it was a rewarding experience, as well—that he had a team of people dedicated to making Star Wars the way that he wanted it.”

Fett fans will also enjoy the “Unusual Suspects” section, which includes a Filoni interview about some of the bounty hunters introduced in season two. He said that the “colorful elements to their costumes along with different little knives and bits of gear” were inspired by Boba Fett’s iconic armor and weapons.

“It’s great that over the years the fans have decided, ‘Oh, those are sonic wrenches,’ and other details,” Filoni said about Fett’s armor. “It might have just been a piece of metal that was shoved in the pocket for effect! We try to make our bounty hunters interesting like that.” 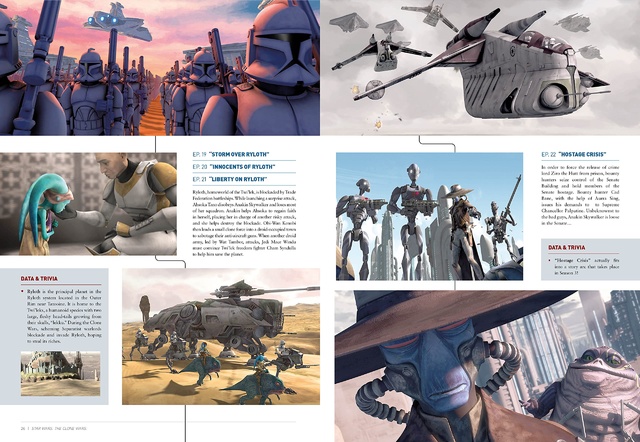 I was also disappointed by how little extra information was included about season seven, which aired in 2020 after the show was originally canceled in 2013. I want to know more from the show creatives about how the Bad Batch came to be or what it was like to create the heartbreaking scene of Rex and Ahsoka burying the dead after Order 66 in the final episode.

I also wish that there was more behind-the-scenes content about some of the standout Clone Wars episodes like the Mortis and Force Priestess arcs. Since those episodes aired, fans have been eager to learn more about the intricacies of the Force and the lore that they introduced, and this book could have been a great opportunity to do just that.

All in all, if you’re already a Clone Wars superfan who has pored over Star Wars Insider articles and behind-the-scenes featurettes from starwars.com, you may not find a lot of new information from this bookazine. But “Star Wars: The Clone Wars: The Official Collector’s Edition” is great as a quick reference guide and will be an awesome gift for fans just getting into the show or a beautiful addition to your coffee table book stack.