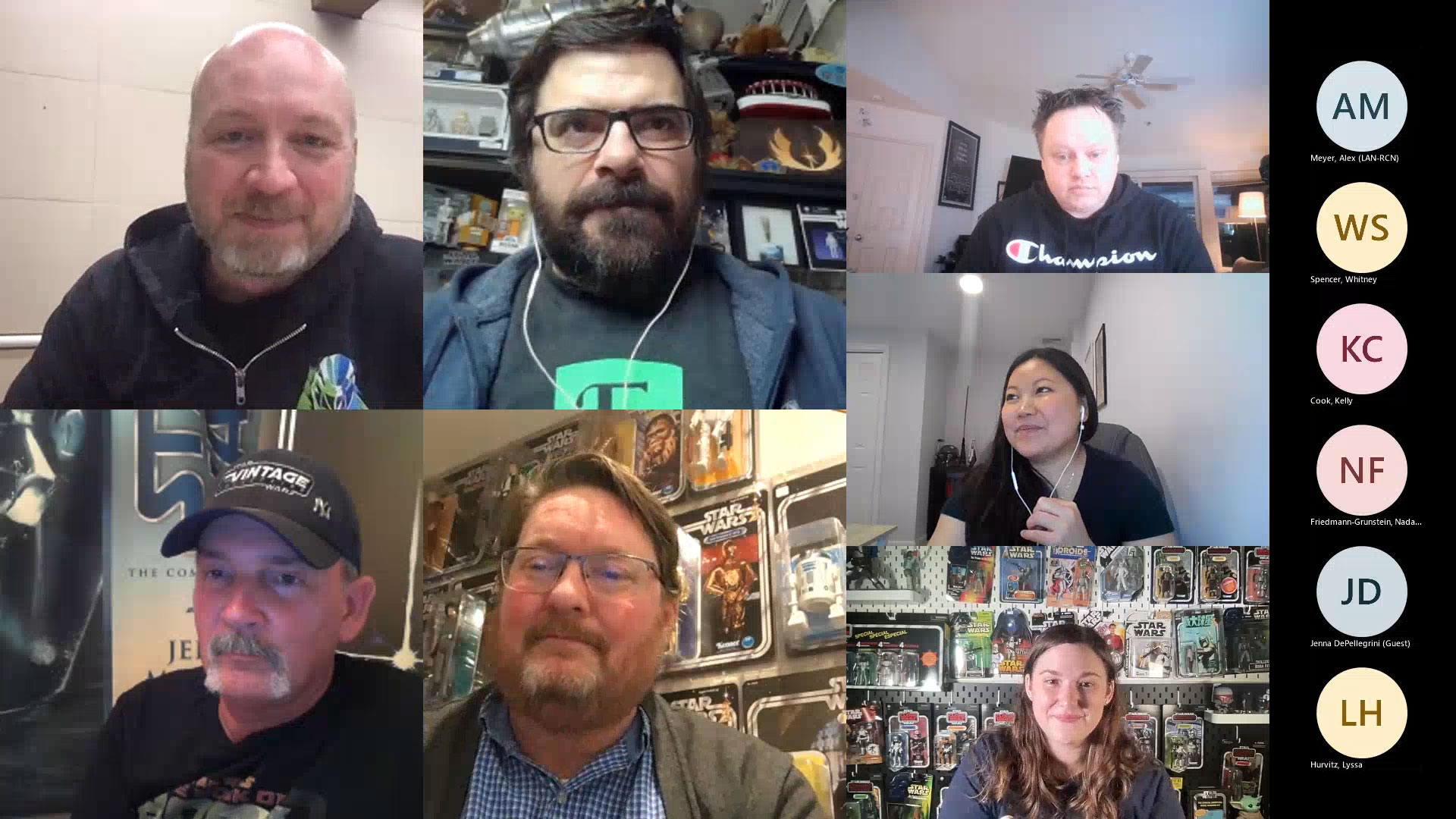 The Hasbro Star Wars team just had another fan Q&A roundtable and we got some big Boba Fett figure updates.

On January 10, Hasbro hosted fan sites, including Boba Fett Fan Club, for a Bring Home the Galaxy roundtable with some of the company’s Star Wars team. We were able to ask Jing Houle, the global brand manager and Chris Reiff, associate principal product designer on the line, any and all questions about the 3.75” Vintage Collection and 6” Black Series lines.

In the recent Bring Home the Galaxy promotion that featured weekly Star Wars merch releases, Hasbro revealed two new Vintage Collection Boba Fett figures that pay homage to some of the bounty hunter’s comics appearances (an early Marvel comic colorway and a Death, Lies and Treachery colorway). Houle and Reiff said the team was excited to celebrate some of Boba Fett’s history with the Target-exclusive figures.

“Instead of a repack of Boba, there’s just these awesome versions and colors and decos of Boba that we’ve seen in the past for Star Wars lore,” Houle said.

“Those were fun and kind of quintessential versions of him, we thought, and told a nice story about his history,” Reiff added.

However, fans have noticed that Boba Fett figures, especially those that are retailer exclusives, are a bit pricier than other figures, often getting a Deluxe version and pricetag. It’s jokingly referred to online as the “Boba tax,” and Reiff gave some insight into why that’s the case.

“The amount of parts and assembly labor to put him together is unique amongst Star Wars figures, and all those different pieces, the chest armor, the shoulder pieces, even the little rangefinder that moves, all that stuff, multiple piece backpacks, gauntlets, hoses on his arms, it all adds up. And it really is about that assembly labor and piece count that really drives his cost,” he said.

Reiff said that while he knows the increased price is frustrating to fans, removing features to meet a lower price point wouldn’t necessarily make fans happy either.

“Because if we tried to do him at the regular price, I don’t think he would meet the expectation of what TVC has developed for fans because we couldn’t afford to do his level of detail at that lower price,” he added.

Many of Hasbro’s new wave figures have updated articulation to allow for better posability using advances like pinless joints. The Black Series Return of the Jedi Boba Fett figure was updated in 2021, but the Black Series Empire Strikes Back version has remained unchanged since the original release in 2013. Reiff said that there aren’t any current plans in the works to update the Empire Strikes Back Boba Fett mold, it will eventually happen.

“It’s the kind of thing we’re constantly looking to improve when we do new versions of figures. So at some point it’ll happen, but we don’t have anything to tell you,” he said.

Some fans have had issues with the packaging retailers use to protect figures during shipment, receiving bent and otherwise damaged cards, which is an issue for those who want to keep their figures minty fresh. Houle told us that the team is constantly talking to their retail partners about the issue and let us know that Walmart has actually committed to improving their packaging in 2023.

“They said that they are actively looking at ways to implement improving their shipping in 2023 to get a better process and a better experience for the collectors. They know how important having that mint packaging is, as well,” she said.

BFFC also got a great fan question on Twitter about whether blasters will ever be included in the Force FX Elite line that has stuck to lightsabers. And while Hasbro’s Nerf has released Boba Fett’s EE-3 blaster and the Amban Phase-pulse blaster, as expected, Reiff said that those will remain under the purview of Nerf.

Finally, Hasbro addressed the COVID-caused manufacturing and shipping delays that have frustrated action figure collectors, with Houle saying that with the world “getting to a new normal,” estimated release dates will hopefully become more concrete in 2023.

“Hopefully we’ll see that stabilize and we’ll be able to communicate a little bit more concretely and a little bit more accurately for any future items,” she said. “It’s not going to something that we certainly hope to strive for and we’ll keep adapting and adjusting.”

You can watch the full roundtable here: