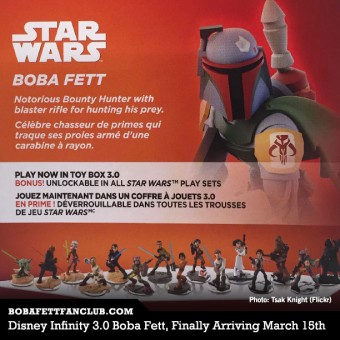 This March 15th, you'll be able to find individual Disney Infinity 3.0 Boba Fett figures in stores in North America like GameStop and EB Games. Both game stores had this information publicly available for over a month, so today's late announcement is no surprise.

Previously, the Boba Fett figure was a timed Sony exclusive in 2015 and, while slated for release in January 2016, they pushed it back, leaving fans in the United States stuck with either international imports (as global retailers got Boba Fett first) and collectible scalpers (where they're all marked up eBay).

The official confirmation comes via Disney's official Twitch account, specifically at 12 minutes into the broadcast. 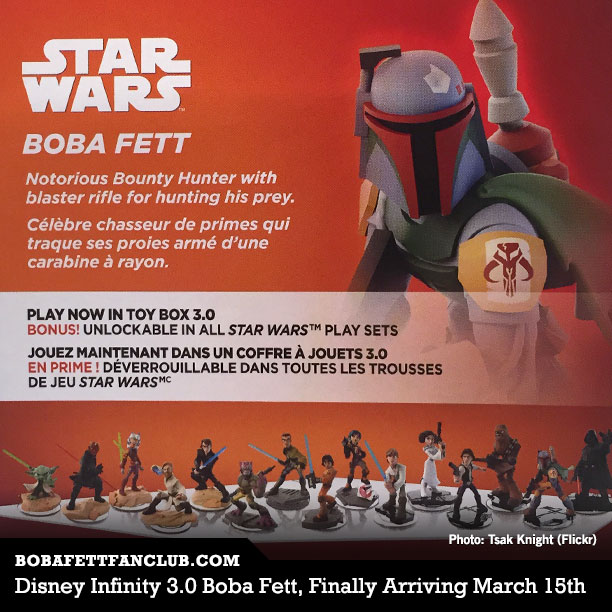