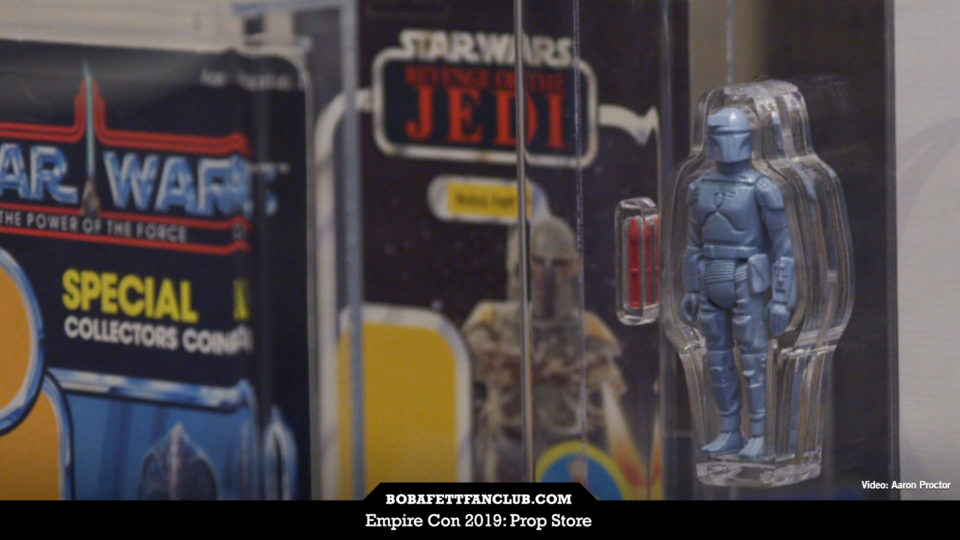 At Empire Con, we spoke with Ethan Teller, a copywriter and researcher for Prop Store. The Prop Store booth had on display an AFA 85 graded Kenner “prototype” Boba Fett figure with the L-slot style rocket launcher, there to promote their upcoming auction in February 2020.

See our Bounty record for this figure for most historical auction data.

Ethan shares the backstory for how these figures came to be, where the general public in 1980 didn’t have rocket firing missiles.