After hearing the news that Carrie Fisher passed away, the original Boba Fett, Jeremy Bulloch, who worked with her on “The Empire Strikes Back” and “Return of the Jedi,” had some fond memories to share. In addition to a post on Facebook, here’s what he told us:

What tragedy for someone so young. We last saw her and Gary here in London at Celebration this summer and she was her usual bubbly, funny self.

I first met Carrie on the film set of The Empire Strikes Back. I had one iconic scene with her where I was asked to play an Imperial Officer and use her as a human shield — something she never let me forget whenever we met. :-)

I always loved meeting her — she could be outrageous at times and extremely funny. She will sorely missed — she was a Superstar as well as a princess.” 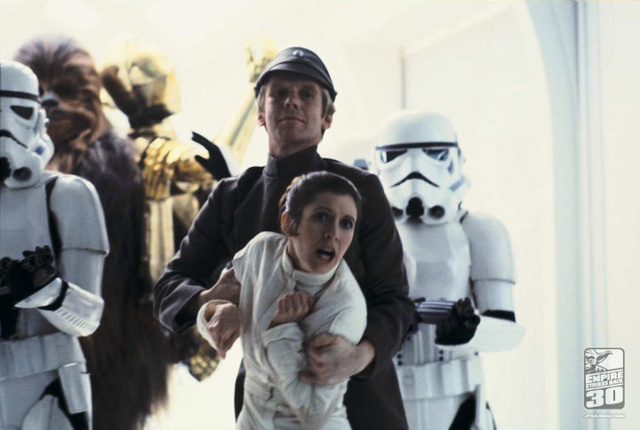 In an interview with KTIC Radio / ABC Radio (Nebraska), Jeremy had more to say:

He fondly recalled with a laugh, “In a conversation, you suffered badly there, because she could turn you around and make funny remarks and things. Brilliant.”

The actor played Lieutenant Sheckil in The Empire Strikes Back — opposite himself as Fett, thanks to a little editing magic. As Sheckil, Bulloch roughed up a captured Princess Leia as she tried to warn Luke that the Empire had laid a trap for him. However, Bulloch tells ABC he got to know Fisher better while promoting the movies.

“Funnily enough, I saw more of Carrie when we were at Disneyland…while they were having a Disney Weekend with Star Wars. With her there, it was terribly difficult, because she was cracking jokes…you have Carrie just shrieking with laughter.”

“Well, you can’t say any more,” he added. “She was just brilliant.”

Here’s a clip on YouTube from Carrie Fisher and Jeremy Bulloch at Star Wars Weekends in 2000:

Jeremy was also interviewed by the Leicester Mercury newspaper. Here’s an excerpt:

“I bumped into Carrie on set,” he recalls.

“I was done up as this big, bad bounty hunter and she was in full costume as Princess Leia.

“She said, ‘I feel sorry for you dressed up like that all day. I thought I had it bad.’

“That was typical of her. Carrie was so much fun to be with.

“She was the funniest person in the world and one of the most talented, too.”

See the article for more quotes on Carrie by Jeremy. 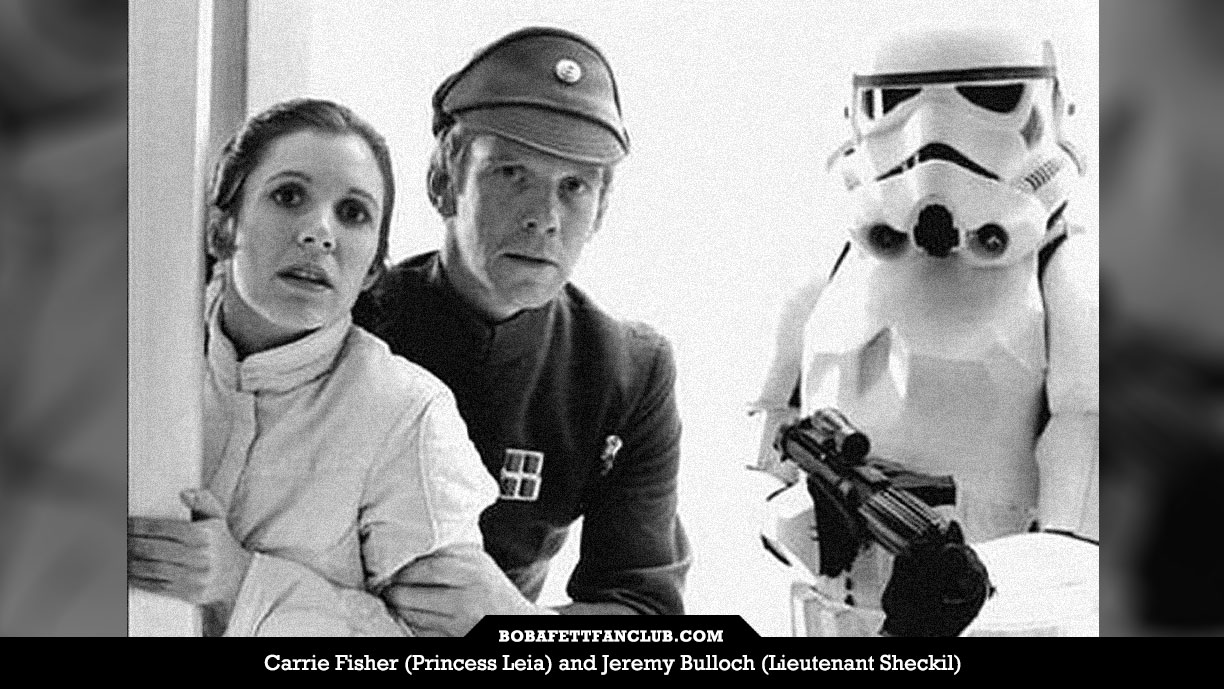