Boba Fett makes the red carpet with Natalie Portman and George Lucas on May 17th, for the premiere of Revenge of the Sith in Berlin, Germany. But he’s also in Paris, New York City, Los Angeles, and Hamburg. Have you seen Boba Fett, with or without Natalie?

US actress Natalie Portman poses in front of a cinema at the Potsdamer Platz square in Berlin on Tuesday, May 17, 2005, on the occasion of the German movie premiere of ‘Star Wars: Episode III – Revenge of the Sith’ which will open in German cinemas on May 19, 2005.
Source: AP Photo/ Jan Bauer 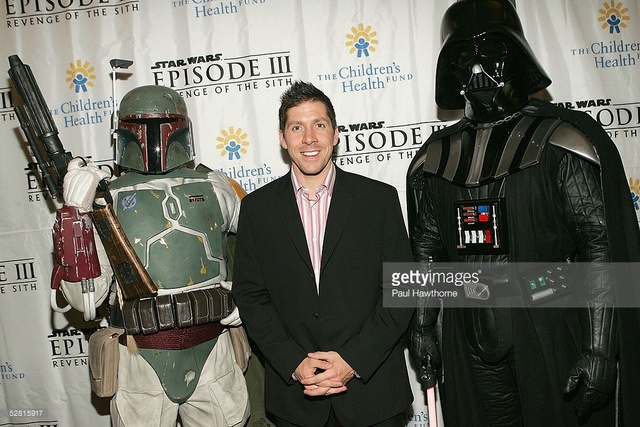 Jewels Green, her pregnant belly painted with the likeness of a Storm Trooper, poses with characters from Star Wars at the Ziegfeld Theatre in New York City on March 18, 2005. ‘Star Wars: Episode III – Revenge of the Sith,’ opening nationwide on May 19, is the final film in George Lucas’ long running Star Wars series. 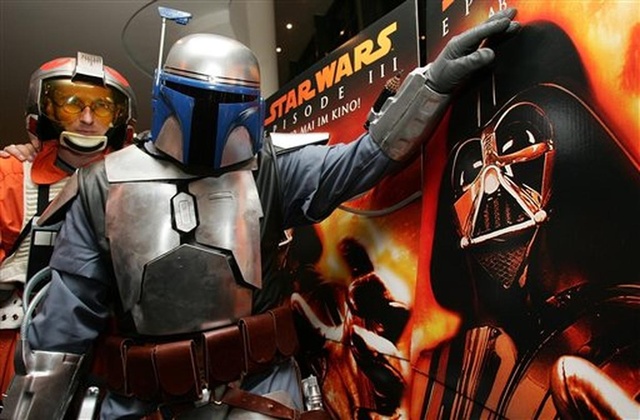 Costumed Star Wars supporters pose beside a poster after the first screening of the ‘Star Wars Episode III’ movie in a movie theater in Hamburg, northern Germany, on Wednesday, May 18, 2005.
Source: AP Photo/Christof Stache