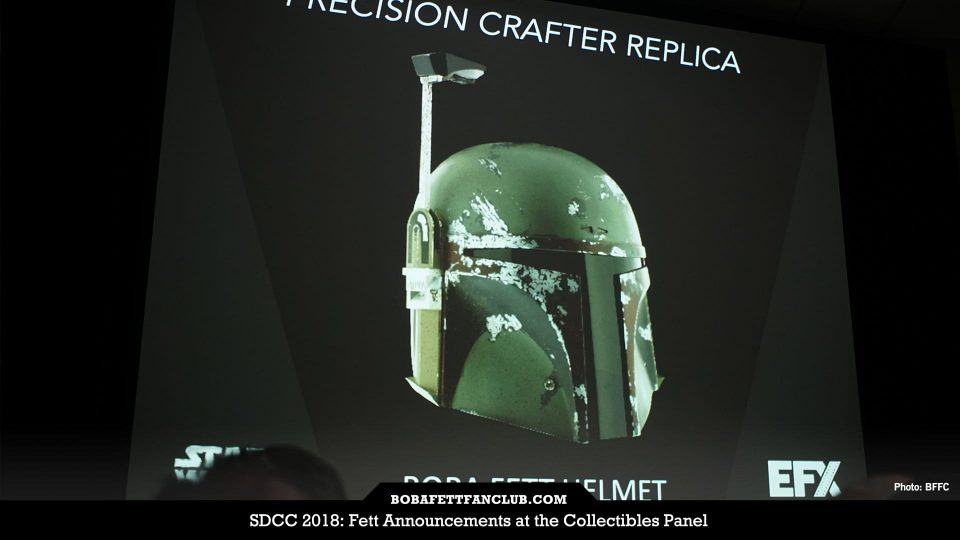 Big announcements from EFX, Kotobukiya, Gentle Giant, and Hasbro today, including other vendors.

Stance has Boba Fett underwear coming soon and had a Boba Fett pop art exclusive tall and short sock on the first day, limited edition of 500 per day. But if you come by the booth and tell Amy you’re a member of the Boba Fett Fan Club, she might have some extras of the sold out exclusive for you!

Hasbro is re-releasing Boba Fett, Bossk, IG-88 and Luke (with a better face), under a new line of packaging for old figures going back on the shelf.

They revealed a new Boba Fett! It’s a Holiday Special mini bust and only available to their Premiere Guild members later this year.

Kotobukiya shares an update (and an unpainted Dengar) on their bounty hunter line and build your own Boba bonus pieces.

EFX says their Boba Fett helmet is coming this summer! Estimated price will be $379!

The Sideshow Collectibles slides at the Star Wars Collector Panel included their upcoming Mythos Boba Fett. They also have a Hot Toys Jango Fett on display.