We spoke with NorCal_Cap, one of just a few cosplayers who took on the distinctive PP2 Boba Fett. We caught up with him at SDCC 2017 and asked him about why the PP2 and how the parts all came together.

The “Pre-Production #2” Fett costume dates back to mid-1978 when the figure had slightly different details like brown gloves with circle patterns and a gauntlet flamethrower, as seen also on the Kenner action figure before his theatrical debut in “The Empire Strikes Back.” 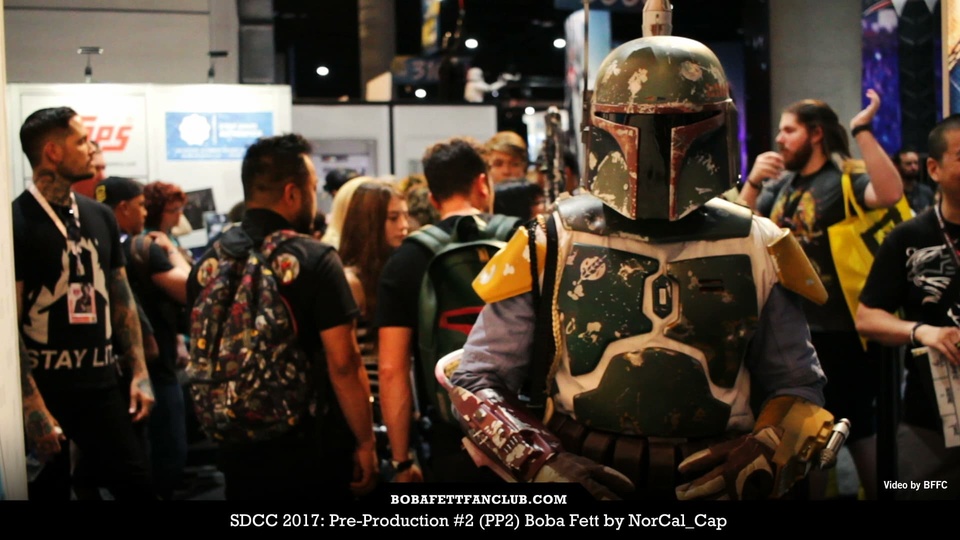