For those visitors who shop at Target, a second Slave I exclusive is expected in January 2006. IG-88 and Dengar are included. 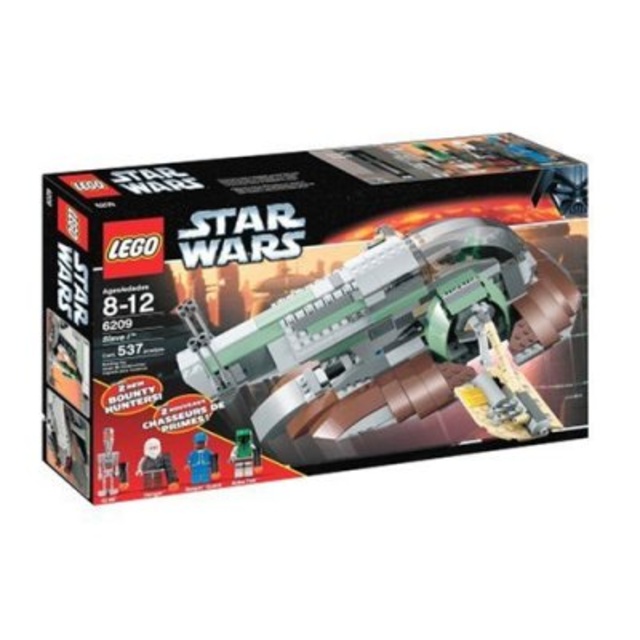 LEGO has announced a January release for an all new enhanced edition of Boba Fett’s Slave I, which sports a sleeker new design and a beefed up 537-piece count — that’s 179 more pieces than 2002’s Jango Fett edition. What’s more, two new bounty hunter figures will debut with this set: IG-88 and Dengar.

“This version is much more stable as the bottom has been rebuilt with an innovative new design. The ship is longer and has a more angular tail that closely resembles the movie vehicle. As with previous versions, the cockpit is on a swivel so that Boba is upright at any angle the ship is turned. There is also a new shooting function that has been built into the top of the ship just behind the cockpit which can be accessed via two doors that open and close.”

In addition to Slave I, fans can also look forward to the January debut of a LEGO V-wing fighter and new designs for the TIE interceptor, A-wing, and B-wing fighters. Make sure to reserve some room in your holiday collection for these spectacular new year releases. Slave I will have a suggested retail price of $49.99.

One Lego rep recently sent Rebelscum.com the high-resolution graphic used on the box cover artwork, which you can view on their site.

Last Fall, a Kenner exclusive appeared at Target stores, as we reported in July 2004.