Timeline: Rise of the Empire Era

He was born a poor farm boy on a forgotten planet in the galaxy's Outer Rim. Taken under the wing of a wise mentor after the violent death of his family, he would rise up to lead a band of fighters struggling for survival against a dark force that threatens to wipe them out completely. His name would become known throughout the systems, and his legacy would change the galaxy forever. But his name isn't Skywalker it's Jango Fett! The Sith have begun the final maneuvering in their quest to take over the galaxy and are looking for the perfect specimen to take part in their secret experiments. Lord Tyranus may've just found a prime candidate in Jango. Recounting Jango's story from his early days on the Fett farm, through the annihilation of the once proud Mandalorian warriors, to his transformation into the galaxy's most feared bounty hunter, Tyranus outlines why Fett's the right man to help bring the Galactic Senate to its knees, whether Jango knows it or not. Open Seasons offers an in-depth look at the most exciting new character from Attack of the Clones, and details the beginning of the infamous Fett legacy — one that would come back to plague the Rebellion a generation later.

"Legends" digital re-release from Marvel $9.89
More from this vendor
Affiliate marketing disclosure
When you make a purchase through clicking on a vendor link at BFFC, we may receive a small commission. We hand pick links for official merchandise to vendors with great reputations with their costs, shipping, and customer service. We are independently run and make our own decisions — nobody tells us what to do. Best of all, there is no extra cost to you. All proceeds go towards our costs to be online. Thanks for your support! 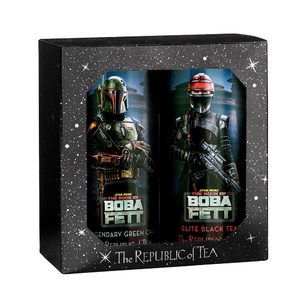