Product number 67079.
The ships are not the small Micro Machines size, there are the X-Ray size.

It all began a long time ago in a galaxy far, far away. Continue to experience the struggle between the Rebel Alliance, defenders of justice, and the evil and corrupt Empire. Collect all of these authentic and detailed replicas of the original vehicles seen in the movies Star Wars A New Hope, The Empire Strikes Back and Return fo the Jedi. Take a closer look at the Star Wars universe. And may the Force be with you... 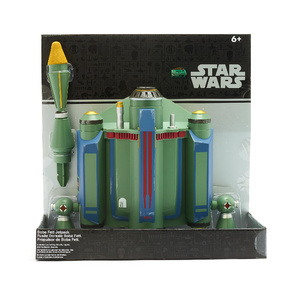