Showrunner was supposedly Robert Rodriguez, who directed Boba Fett's return in Season 2 Episode 6, but after all the credits rolled, Jon Favreau was clearly the head writer.

Dave Filoni and Jon Favreau are still involved, although it's not The Mandalorian Season 3, which is different.

According to American Cinematographer magazine published June 22, 2021, Dean Cundey A.S.C. (who shot Jurassic Park, Apollo 13, the Back to the Future trilogy, and much more) completed episodes (plural).

The Book of Boba Fett

5 haves
3 wants
No likes yet

Use "My Bounty" to track all the Boba Fett collectibles that you have, want and like
↑ Boba Fett merch • Policy ↑
Featured Bounty 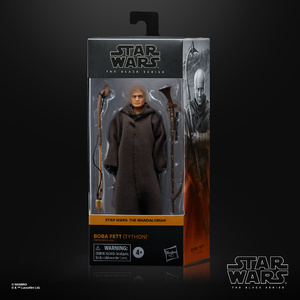