Did you know you can follow and save everywhere Boba Fett officially appears in our Calendar section?

Star Wars Galaxies is a MMORPG (Massive Multiplayer Online Role Playing Game). It is set among a dozen planets in the Star Wars galaxy. Players can pick between one of nine professions, including Bounty Hunter, and at one point may even take jobs for Jabba the Hutt on Tatooine.

Among Jabba's throne room is Boba Fett (a non-playable character aka NPC), who has a few quests available for players as well, including clone trooper armor and weapons, a showdown with the infamous Durge, and a dangerous trip into the dreaded Death Watch Bunker on Endor!

Boba Fett has a different "hodge podge" of armor and only one outfit in the game. The game takes place after "A New Hope" and before "The Empire Strikes Back." It's mostly his Pre-Pro #2 costume, but also the "Empire" cape, "Jedi" Mythosaur symbol, and "Empire" ears on the helmet.

Windows 98 / 2000 / Me / XP (Starter Kit) $139.99
More from this vendor
Affiliate marketing disclosure
When you make a purchase through clicking on a vendor link at BFFC, we may receive a small commission. We hand pick links for official merchandise to vendors with great reputations with their costs, shipping, and customer service. We are independently run and make our own decisions — nobody tells us what to do. Best of all, there is no extra cost to you. All proceeds go towards our costs to be online. Thanks for your support!

193
Bounty by the Numbers 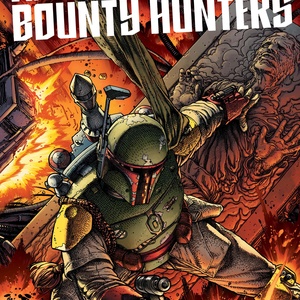