So what. Why do people think: "If there are ghost, they can't die again". That doesn't make sense.

I think it makes perfect sense. A ghost can't die, because it is already dead. It can't get dead-er.

Why couldn't die again? If a ghost would die it wouldn't be a ghost anymore. Then it would be fully died... In fact, I don't even think ghosts as deads, because there's something left from them, something what can think, talk... I got confused...

Darth Plagueis was said to have known the secret of the Force Ghosts... 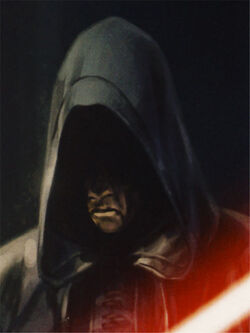 "Reality is a nice place to visit... but I wouldn't want to live there."

Darth Bane was...you might consider Darth Nihilus to have been one... He kept his consciousness in his armor and mask, which kept him alive, but he appeared to be a Force Ghost.

I agree, I didn't see any extra power in Obi-Wan after his death.  In fact, he told Luke he couldn't interfere in their duel on Bespin!  So I don't get how Obi-Wan was more powerful after he died or why he said that, except maybe as a bluff like Regimas said.

In a comic, Luke and Vader fourght one-on-one between episodes IV, and V (Lucas made that canon) and Obi-Wan possessed Luke, and fought Vader once more. The surprise of this fight? Vader's right arm got cut off...again.

" Everyone dies, but since nobody's paid me to kill you...sleep well."
-Boba Fett-

In some ways he was more powerful as he was able to advise and support Luke at times when he may not have been able to have done before.

Not being able to help at Hoth was a way that he was not more powerful, but he could have guided Han there through the force.

Jedi photographer - May the focus be with me.
[url=http://www.flickr.com/photos/devil_girl/]Photographs[/url]