Behind the Scenes / Making Of 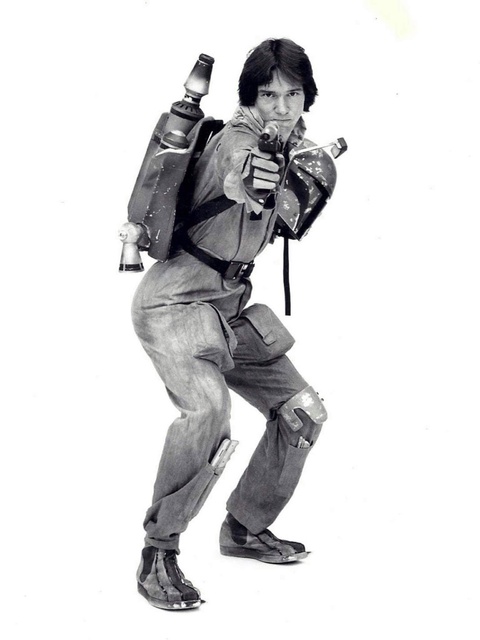 "Photographer Kevin Baxter poses for a shot wearing an early pre-production Boba Fett costume back in 1978. This costume would end up being used for promo appearances in the US (for) The Empire Strikes Back."