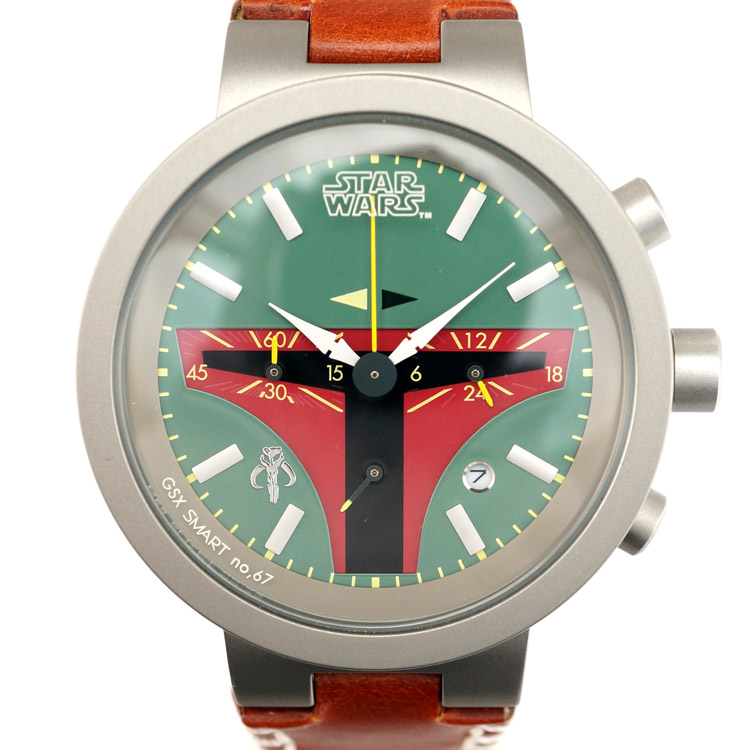 Sold in Japan. Limited edition of 500.

Shown on the official StarWars.com shop in 2007 for $500, due to problems with the manufacturer, the watch was never released for distribution there and was removed from the catalog. However, it has since appeared in a few places online.

Views
626
Image Use Policy
If saving this image for personal use to then re-post, you must include the source, whether it's this website and/or the original source. Our Boba Fett image galleries are a unique resource on the web; it takes a lot of time and effort to curate this all. For the sake of the original sources, it's good to share where something came from and/or who made it. We intentionally credit as much as possible to truly feature and appreciate the work included here. Hopefully you can agree to do that as well. Thank you.