Return of the Jedi, Boba Fett in Jabba's Palace with Other Bounty Hunters 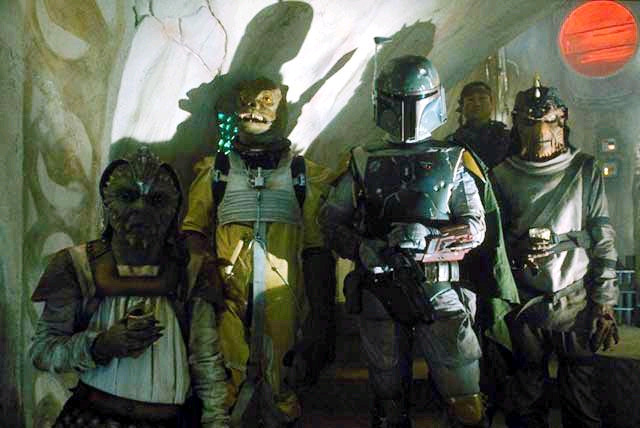 "Boba Fett is surrounded by fellow bounty hunters and other undesirables." Photo and caption provided on the "Behind the Magic" CD-ROM.

From left to right: Klaatu, Bossk, Boba Fett, Ardon "Vapor" Crell (who is the guy in the way back), and Nysad.

Photo by Frank Connor, as noted on a 35mm "Revenge of the Jedi" publicity slide dated 1982.

Views
3,096
Image Use Policy
If saving this image for personal use to then re-post, you must include the source, whether it's this website and/or the original source. Our Boba Fett image galleries are a unique resource on the web; it takes a lot of time and effort to curate this all. For the sake of the original sources, it's good to share where something came from and/or who made it. We intentionally credit as much as possible to truly feature and appreciate the work included here. Hopefully you can agree to do that as well. Thank you.
Favorited