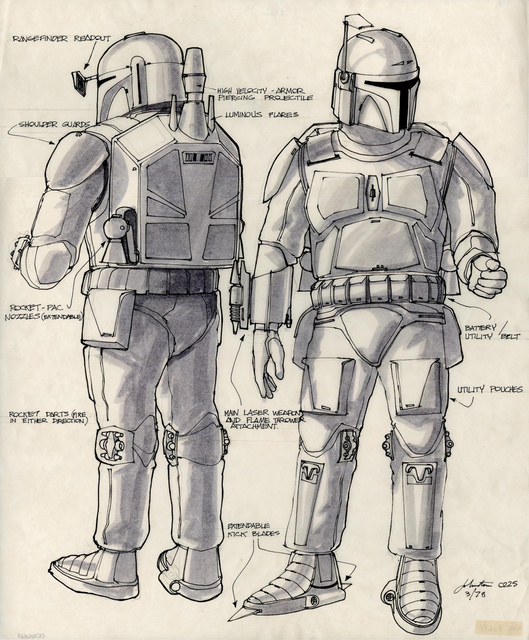 Shared 6/9/2014 by the official Star Wars Tumblr: "This early concept for Boba Fett, created by Joe Johnston, shows the Bounty Hunter in all white armor used..."

This artwork was previously published in "The Art of The Empire Strikes Back" (1994).

Views
1,790
Image Use Policy
If saving this image for personal use to then re-post, you must include the source, whether it's this website and/or the original source. Our Boba Fett image galleries are a unique resource on the web; it takes a lot of time and effort to curate this all. For the sake of the original sources, it's good to share where something came from and/or who made it. We intentionally credit as much as possible to truly feature and appreciate the work included here. Hopefully you can agree to do that as well. Thank you.
Favorited