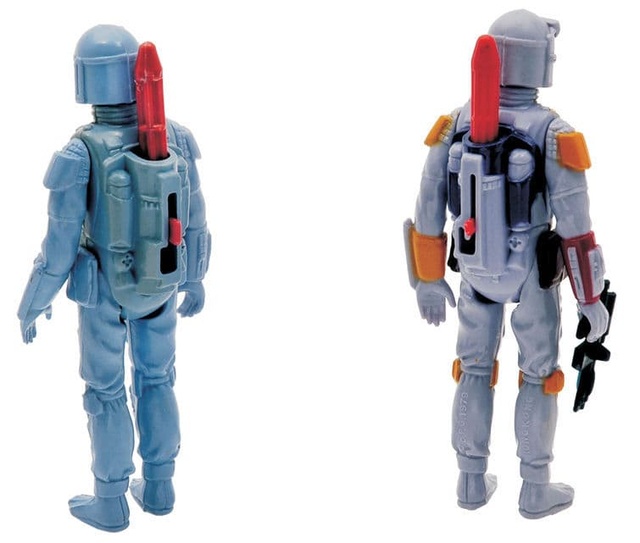 Photo courtesy of Anne Neumann. "Fans were disappointed in 1979 when the mail brought them a figure of a new bounty hunter who would be appearing in Empire; it was supposed to fire a missile from its backpack. But because of product-safety issues, the missile had to be sonic-welded into the toy. These are the two main prototype 'test' versions of the never released missile-firing Boba Fett." -- FastCompany.com

Displayed
343 times
Image Use Policy
If saving this image for personal use to then re-post, you must include the source, whether it's this website and/or the original source. Our Boba Fett image galleries are a unique resource on the web; it takes a lot of time and effort to curate this all. For the sake of the original sources, it's good to share where something came from and/or who made it. We intentionally credit as much as possible to truly feature and appreciate the work included here. Hopefully you can agree to do that as well. Thank you.

Established in 1996, the Boba Fett Fan Club is the premiere destination for fans of the original bounty hunter Boba Fett from Star Wars.
Representing 113,278 fans worldwide, BFFC is the oldest Boba Fett website and most popular Star Wars character website.