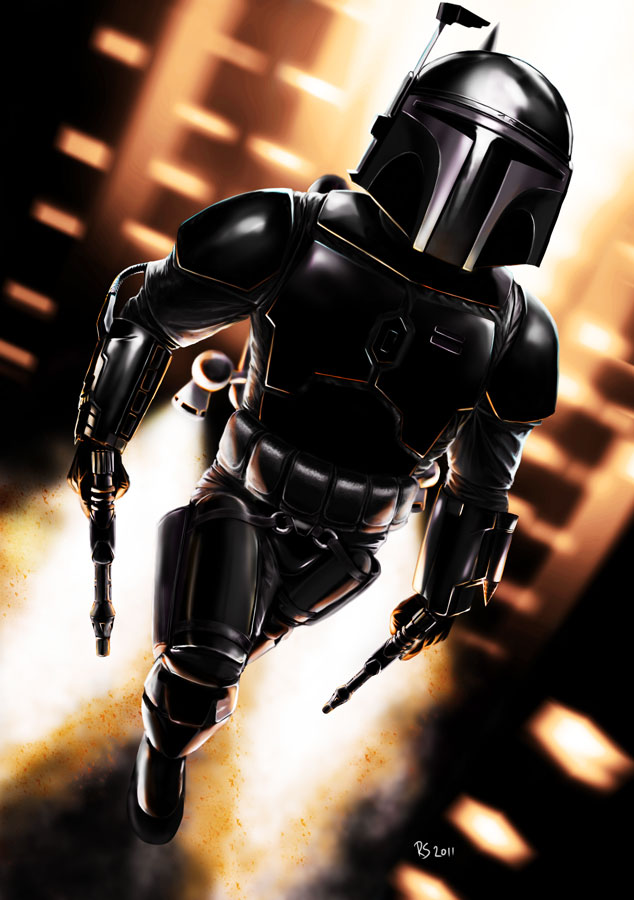 Shared by the artist on DeviantArt. Done a decade before Boba Fett's "War of the Bounty Hunters" all-black look.

"The design of Jango (and Boba) Fett's armour is a classic - but I decided to draw Jango in 'stealth mode' here because I wanted to see how cool I could make him look in black armour. I haven't seen this concept done before - but I think it works work well and makes an eye-catching image.

I thought this might be how he could have looked in the 'Attack of the Clones' movie when he assassinated Zam Wessel on Coruscant - perhaps using a variation of his armour for when he needed to creep around!

This is an entirely original depiction of the character - first drawn in pencil, then scanned in and coloured in Photoshop using a Wacom tablet."

Views
197
Image Use Policy
If saving this image for personal use to then re-post, you must include the source, whether it's this website and/or the original source. Our Boba Fett image galleries are a unique resource on the web; it takes a lot of time and effort to curate this all. For the sake of the original sources, it's good to share where something came from and/or who made it. We intentionally credit as much as possible to truly feature and appreciate the work included here. Hopefully you can agree to do that as well. Thank you.
Favorited