Non-Film Behind the Scenes 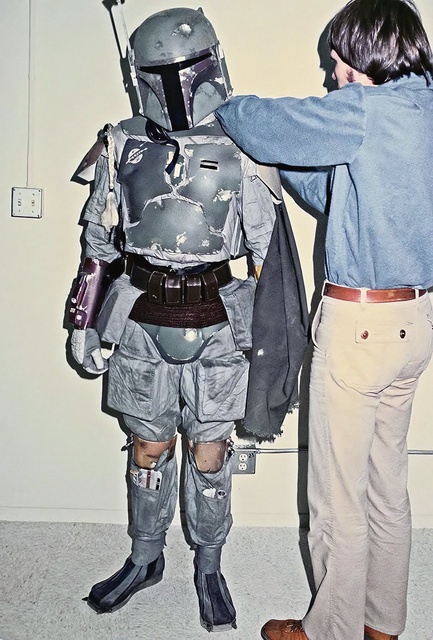 This is highly likely to be Bruce Nicholson (left) with Joe Johnston (right) during a fitting in the Pre-Pro Boba Fett costume.

While this photo was also shown on the official Star Wars Tumblr account with a caption that it's behind the scenes of "The Empire Strikes Back," we believe that's incorrect. Note how his gauntlets are green for "Empire," not red/yellow like they are here (and in his pre-pro draft).

Views
174
Image Use Policy
If saving this image for personal use to then re-post, you must include the source, whether it's this website and/or the original source. Our Boba Fett image galleries are a unique resource on the web; it takes a lot of time and effort to curate this all. For the sake of the original sources, it's good to share where something came from and/or who made it. We intentionally credit as much as possible to truly feature and appreciate the work included here. Hopefully you can agree to do that as well. Thank you.