From the distributor, Sideshow:

Royal Selangor, the world's foremost name in quality pewter, has teamed up with The Walt Disney Company Southeast Asia to launch a collection that commemorates STAR WARS, one of the most successful movie franchises of all time and worldwide popular culture phenomenon, featuring the Boba Fett figurine!

Boba Fett was a human bounty hunter and the genetic clone of infamous bounty hunter - Jango Fett. Boba was created by the cloners on Kamino and was physically identical to the clone troopers created for the Grand Army of the Republic, though Boba was unaltered and did not grow at the same accelerated rate as the other clones.

Raised as Jango's son, Boba learned the combat skills necessary to one day become a bounty hunter in his own right.

This feared bounty hunter's armor and deadly weaponry are reproduced in remarkably fine detail. Every dent and scratch in Boba Fett's armor are faithfully recreated.

More from these vendors 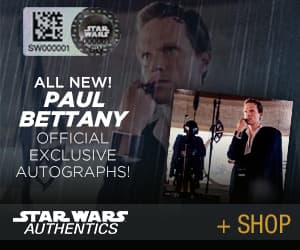