Did You Know: In our Fan Films section, we have almost 100 shorts you can watch.

The set came with four action figures. Only the Canadian version of this Sears exclusive cardboard backdrop included Boba Fett.

According to TheSWCA.com, "[t]he Canadian version of the Cloud City playset came with original Han Solo, Boba Fett, and Lando Calrissian instead of Bespin Han Solo, Dengar, and Lobot. The box also has the white panel on the left and of course, the bilingual packaging, making it different from the US version of the box and toy."

From the Sears catalog:

For more back-story about this rare collectible, see the Canadian Star Wars Gallery.

1382
Affiliate marketing disclosure
When you make a purchase through clicking on a vendor link at BFFC, we may receive a small commission. We hand pick links for official merchandise to vendors with great reputations with their costs, shipping, and customer service. We are independently run and make our own decisions — nobody tells us what to do. Best of all, there is no extra cost to you and all proceeds cover our costs to be online, with any excess donated or used for free giveaways. Thanks for your support!
Bounty by the Numbers 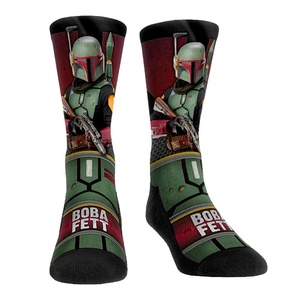