Star Wars The Clone Wars: Stories of Light and Dark

The Boba Fett story is written by Zoraida Córdova and is called "The Lost Nightsister." It follows Asajj Ventress and her point of view which includes Boba Fett, following the story from The Clone Wars' Season 4, "Bounty."

An epic clash between the forces of light and dark, between the Galactic Republic and the Separatists, between brave heroes and brilliant villainsthe fate of the galaxy is at stake in the Emmy Award-winning animated series, Star Wars: The Clone Wars. In this exciting anthology, eleven authors who are also fans of the series bring stories from their favorite show to life. Gathered here are memorable moments and stunning adventures, from attempted assassinations to stolen bounties, from lessons learned to loves lost. All of your favorite characters from The Clone Wars are here: Anakin Skywalker, Yoda, Obi-Wan Kenobi, Ahsoka Tano, Captain Rex, Darth Maul, Count Dooku and more!

Excerpt courtesy of Syfy Wire, who had the exclusive that Fett was in this book:

She cut her eyes toward him but didn’t bother to look up.

Ventress narrowed her eyes. The creep was humanoid, with pasty skin and two small horns right above the slits of his nose. Four fleshy tendrils hung from his flat face, framing a smile full of sharp teeth. She was in no mood for his pathetic attempt at conversation. “Get lost.”

She could sense that he wasn’t going to leave. Worse, he touched her. Grabbed her by the wrist like she was a thing he could possess. Ventress belonged to no one but herself.

Ventress remembered the way she’d felt helpless on Dathomir. She’d only ever felt that way two other times in her life. When she’d watched her Jedi master murdered. When Count Dooku had ordered her killed. Being helpless felt like drowning. When the stranger put his hand on her and she looked into his split-pupil eyes, she didn’t feel helpless. Here she could fight back. Best of all, she could win. With a grip around her lightsaber, Ventress pressed the hilt close to his stomach. She ignited it.

The surprise in his eyes, well, surprised her. It seemed that men who tried to push her around were always surprised when she fought back.

The music came to a screeching halt. Everyone from the gambling fuzzy-headed Snivvian to the green Rodian down the bar gaped at her. The Twi’lek dancer gasped. A glass shattered somewhere.

Ventress returned her drink to her lips and proclaimed, “I’m not much of a talker.”

The cantina patrons laughed at that, and the band of Biths resumed their playing.

For a moment, Ventress breathed a little easier. Now she was positive she’d be left alone.

The bartender returned with a glass in his hand. His dark eyes were wary, and she sensed his nerves sparking like cut circuits.

“Uh, compliments of the lizard in the back,” he said. Sitting in a circular booth were two strangers. One was the lizard who’d sent the drink. He was with a young Theelin female. Her skin was lilac and her orange hair was split into pigtails. The lizard-faced Trandoshan held his bottle in the air and waved her over.

This wasn’t the sort of place where someone made friends. They’d just seen her impale the last guy who bothered her and they wanted to, what, talk? But something, a feeling she wasn’t quite sure of, made her get up and join them.

“What do you want?” Ventress asked, crossing her arms over her body.

Lizard-face’s tongue licked the air. “I’m Bossk and this is Latts Razzi. We’re bounty hunters, and—”

“We have a problem,” the Theelin girl said, cutting him off.

Ventress placed her hands on her lightsabers. Though she didn’t sense any animosity coming from the two, she could never be too careful. “What kind of problem?”

Bossk motioned to the body on the floor behind them. The bartender was dragging him out by his feet.

“You just killed one of our team,” Bossk said. Ventress shrugged. “Sorry about that.”

Bossk looked at her curiously. His serpentine voice hissed with a flick of his flat tongue. “So, where’d you get the lightsabers?”

“Stole them,” she said without missing a beat.

He seemed impressed. “Bounty hunter, then?” Bounty hunter. She was Asajj Ventress. An assassin. A Force wielder. She’d been so many things, but he thought she was nothing but a common hired gun.

“Ever considered it?” Bossk asked. His reptilian eyes looked her up and down. “You certainly have the right disposition.”

“Never thought about it,” she said, taking a seat. “Does it pay well?”

Latts Razzi held up her glass, displaying the many rings on her fingers. Expensive-looking, glittering rings. “Very well.”

“We have a job to do.” Bossk stood up to his full height. He wore a flight suit that protected his neck. “And you owe us a man. Join our merry band of bounty hunters, or we turn you over to the authorities.”

Ventress remained where she sat. She didn’t like threats or ultimatums. She quickly considered that he was lying. Were there authorities in a settlement like this? Then she remembered: there was a different kind of authority on Tatooine. The Hutts. And where there was a Hutt, there was someone willing to pay. Ventress couldn’t afford attention from Jabba, not after playing a part in kidnapping his kid.

Córdova also got to write a young Boba Fett, whose bounty hunting gang Ventress hooks up with.

"Because I wasn’t writing from Boba’s perspective, I didn’t get to play around with him as much," she adds. "It’s more what Ventress saw him as, and the idea that this little boy is running this crew, Krayt'’s Claw. We got to use the name of his crew in the short story for the first time, so that was cool.

"I love Boba Fett, he’s one of my favorite characters, and a young Boba Fett is fascinating to me because he parallels a lot of Anakin’s anger, but he’s not Force sensitive. So he has a regular experience as a boy who is a clone and had to survive by any means possible by learning from some of the worst people in the galaxy. He’s not really a good guy in this episode but he’s kinda funny."

Audiobook $28.00 $24.5 sale price (12% off)
More from this vendor
Affiliate marketing disclosure
When you make a purchase through clicking on a vendor link at BFFC, we may receive a small commission. We hand pick links for official merchandise to vendors with great reputations with their costs, shipping, and customer service. We are independently run and make our own decisions — nobody tells us what to do. Best of all, there is no extra cost to you. All proceeds go towards our costs to be online. Thanks for your support! 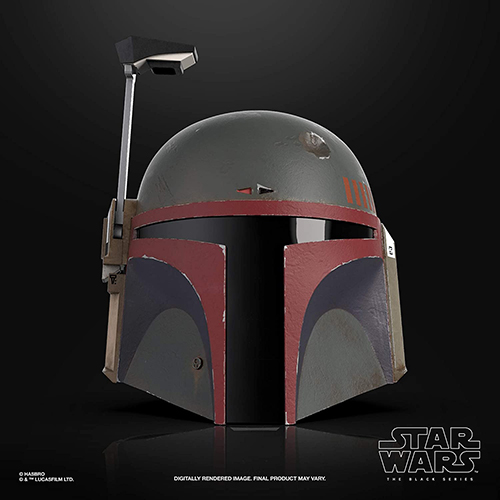 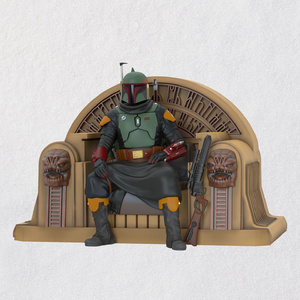