Did You Know: In our Follow Fett section, you can save which Fett actors or costumes/props you've seen in person.

Boba Fett appears on part of the cover, and likely within — since Han Solo and Boba Fett cross paths in the film and comic books.

Discover the incredible story behind the creation and legacy of one of Star Wars’ most beloved characters with Star Wars Icons: Han Solo.

Smuggler. Rogue. Hero of the Rebellion. Scruffy-looking nerf herder. Han Solo has been called all these things and more since making his debut in the original Star Wars film back in 1977. Four decades later, the irrepressible Solo continues to be one of the most iconic and enduring elements of the saga.

Star Wars Icons: Han Solo covers the character’s entire journey, from his genesis in George Lucas’s first drafts of Star Wars to Harrison Ford’s iconic performances in the original three films and The Force Awakens, and the character’s rebirth in Solo: A Star Wars Story. The book also takes an in-depth look at Solo’s role in the Star Wars expanded universe, through novels, comics, video games, and more, and the indelible impression the character has made on pop culture.

Comprehensive and revelatory, this is the definitive book for Han Solo fans across the galaxy.

Hardcover #
More from this vendor

2881
Affiliate marketing disclosure
When you make a purchase through clicking on a vendor link at BFFC, we may receive a small commission. We hand pick links for official merchandise to vendors with great reputations with their costs, shipping, and customer service. We are independently run and make our own decisions — nobody tells us what to do. Best of all, there is no extra cost to you and all proceeds cover our costs to be online, with any excess donated or used for free giveaways. Thanks for your support!
Bounty by the Numbers 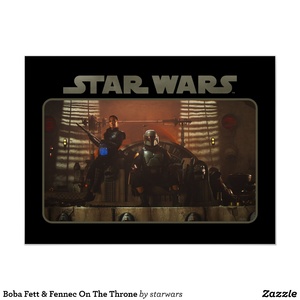